Stars of the Week: Lenni and Theo

Class 1 have had a busy week doing lots of work! Children have started new units this week, including Toys from the Past in History and Animals including Humans in Science. In our maths lessons this week, Class 1 have been looking at sorting numbers and objects in different ways, such as above/below 10, or objects by the same colour/size/shape. Take a look at some of our pictures below, well done on a great week Class 1. 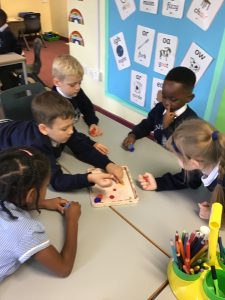 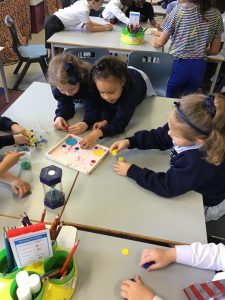 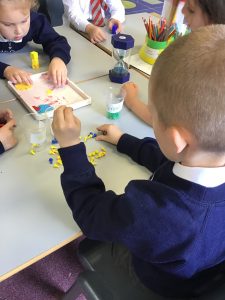 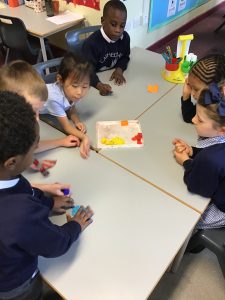 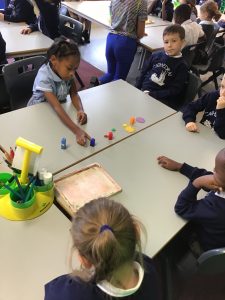 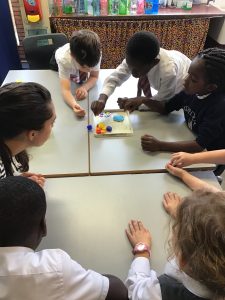 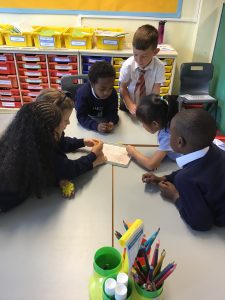 Thank you to everyone that came along to the curriculum evening this week, I hope you found it useful. Please see the slides below from the evening.

Stars of the week: All of Class 1

Welcome parents and carers to Class 1’s blog! I will be updating the blog weekly to keep you up  to date with your child’s learning at school and any important notices that you need to know.

Class 1 have had a brilliant first week in Key Stage One and they have done so well transitioning  from Early Years. This week, we have started our new class text, The Tiger Who Came To Tea and in English children have completed some writing on this text. We have also been busy completing our class charter display which is up in our classroom! 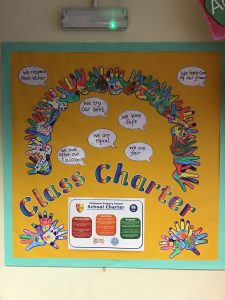 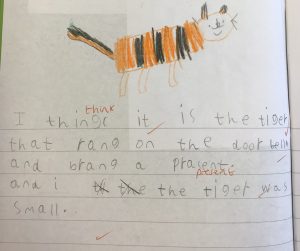 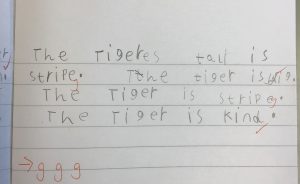 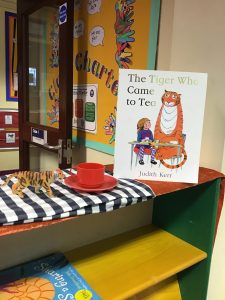 This half term, PE will be on Wednesdays.

Stars of the Week: Evelyn and Betty

This half term in DT Class 1 have been learning how to weave. They began by practising weaving paper and card using the over, under technique and then moved on to using wool and string to make a loom fish. The children found it quite tricky at times but persevered and enjoyed using their new skills. Have a look at the progress they have made, the children had to work slowly and carefully and found it satisfying when they got the hang of it!

In Maths this week Class 1 has been working on partitioning numbers to 100. They are getting very confident with saying how many tens and how many ones a two digit number has, as well as comparing numbers using the greater than, less than and equal to symbols.

In English we have been learning the tale of Anansi and the Moss Covered Rock. The children found the story very entertaining and enjoyed hearing about the ways Anansi tricked other animals. Class 1 are looking forward to coming up with their own ideas of what tricks Anansi could play next!

Stars of the Week: Malique and Kayden

The highlight of the week in Class 1 was our wonderful sports day on Wednesday. The children impressed everyone with their amazing athletic skills. It was fantastic to see so many parents cheering Class 1 on too. Check back soon for photos of Class 1 competing in all the different events!

Stars of the Week: Samuel and Lola

Class 1 enjoyed their trip to Tower Bridge this week. They demonstrated excellent behaviour and enthusiasm and everyone thoroughly enjoyed themselves. The children carefully tallied up the number of different types of vehicles they could see from the glass floor, and enjoyed learning about the steam powered engines in the engine rooms. We were even lucky enough to find out it was Tower Bridge’s 127th birthday the day we visited! Thank you to our lovely trip helpers Debbie, Porsha, Emily, Ella and Marta. What a brilliant day.

Next week we are looking forward to sports day where we can showcase all the training we have done in PE this half term!

Stars of the Week- all of Class 1!

Well done to all of Class 1 who have done some fantastic work in their Maths, Reading and Phonics assessments this week. You should all be proud of yourselves!

Stars of the Week: Jacob A and Ava

Class 1 have worked hard this week and have enjoyed making clay tiles inspired by the artist Monet. We shaped our tiles and used leaves and flowers to imprint on the wet clay. We are looking forward to painting them this afternoon. Check back next week for our finished art work!

Stars of the Week: Betty and Samuel

Class 1 have enjoyed the first lesson of our new Geography unit where we are focusing on mapping skills. The class identified and labelled some aerial photographs of the local area such as London Bridge Station, Tower Bridge and some local parks and playgrounds. We learned that the word aerial means from above. We then constructed a small town and imagined what a bird would see if they flew over our towns. Have a look at our interesting constructions!

Next week the class are looking forward to practising more skills in PE for Sports Day. We enjoyed learning how to throw a javelin this week as well as showing off our speedy sprinting in our relay races!