Stars of the Week: Deborah and Ben

In Maths this week, Class 4 have been continuing their work on division and understanding the method when dividing 3-digit numbers by a 1-digit number. Next week, we are going to progress onto division calculations with remainders and then start our new topic of area.

Also, Class 4 have been working very hard with rehearsals for their Easter performance. A special well done goes to Deborah who has worked especially hard to learn all of her lines and lyrics to the songs. 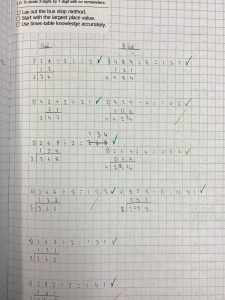 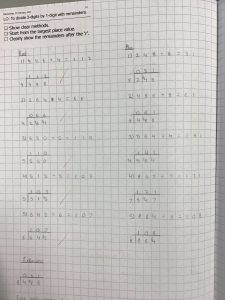 Stars of the Week: Amelia and Saraea

This week, Class 4 have been decorating their pinch pots in the style of Yayoi Kusama. They carefully considered the contrasting colours to include, to make sure the spots stood out from the background. Amelia and Saraea took particular care and time to add their dots onto their pots and they all look brilliant.

In History this week, Class 4 have been learning about the Spanish Armada. We looked at the reasons for the battle between Prince Phillip II of Spain and Queen Elizabeth I of England. The children created a timeline of the key events and then produced a TV News report about the historical battle. Well done Class 4 for some great performances. 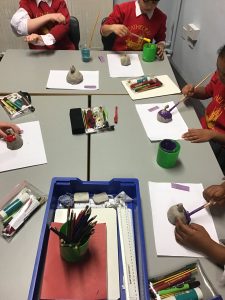 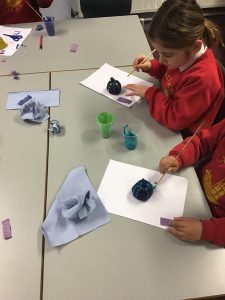 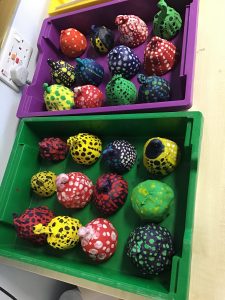 Stars of the Week: Anderson and Funmi

This week in History, Class 4 looked at Tudor inventions, from the flushing toilet to the fork. They carefully studied the pictures of each invention and came up with adjectives to describe them. Then Class 4 wrote about which invention had the largest impact on life now, and most of them agreed on the flushing toilet. Funmi even guessed the picture of the ‘wrist-clock’ which was the first watch, dating back to 1500!

In Art, Class 4 created their own pinch pots! They used clay to mould their pots and delicately pinched around the sides to create a pumpkin-shaped pot. Next week, we are going to decorate them with patterns  and styles of Yayoi Kusama.

In English, Class 4 started to write out their set of instructions for their royal performance. They considered the chronological order of each step and how they can make sure the performance impresses King Henry VIII – or else they might get beheaded. Anderson paid particular attention to his method to ensure he had included enough detail. 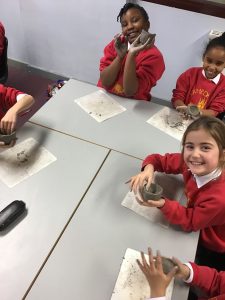 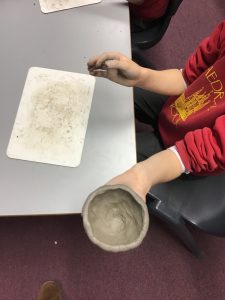 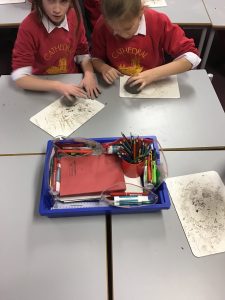 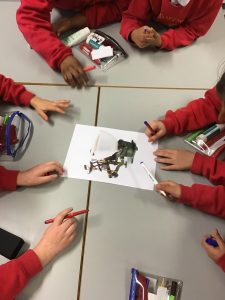 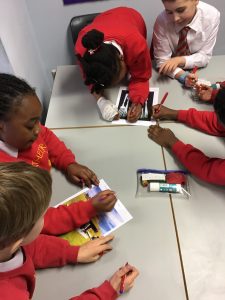 Stars of the Week: Alpha and Saraea

This week in Maths, Class 4 have been continuing their work on multiplication. They have looked at multiplying 2-digits by 1-digits and progressed onto 3-digits. Alpha and Saraea worked incredibly hard to recognise the individual place values of a number and showed clear workings out of their methods.

In English, Class 4 planned out a performance for King Henry VIII. They considered the type of performance it would be (magical, musical or theatrical) and the extent to which it would impress the king! Next week we are going to start writing a set of instructions about the performance and how it can be prepared, practiced and then performed.

Stars of the Week: Annamaria and Noella

This week Class 4 have continued their Art topic by looking at the colours and patterns Yayoi Kusama used in her artwork. They made their own paper viewfinders and placed them across her artwork. From this, Class 4 sketech our patterns and added them to a reference bank. Annamaria and Noella worked particularly hard focusing on each of the patterns and discussed Kusama’s use of contrasting colours to create impact.

In History, Class looked at the power  of  Tudor exploration across the world. They looked at 5 main explorers and their journeys – namely Sir Francis Drake who spent 3 years travelling around the whole world! Next week we are going to look at the impact of their explorations.

In English, Class 4 have started to think about advertising their royal Tudor banquet and how they can create a persuasive poster and letter to  King Henry VII. 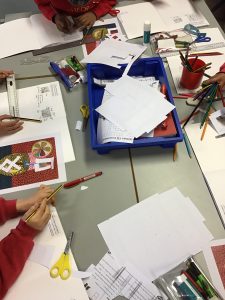 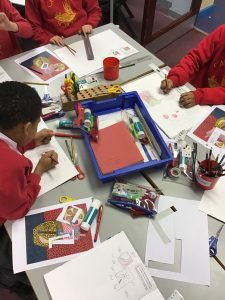 Stars of the Week: Terrence and Bea.

This week, Class 4 got stuck into their History topic which is the Tudors. The children worked hard to research Tudor life and how different it could be if you were born into wealth or poverty. They considered the variety of clothes they wore, the food they ate, the houses they lived in, and the entertainment that they enjoyed. They created some great spider diagrams about each of these aspects, and these will help them with their writing task in English. It was interesting to hear that most of the children felt that they would have wanted to be a poor Tudor instead of a wealthy one, as life felt more family-focused and sociable.

In English, Class 4 started to consider how they could organise their own Tudor banquet at one of their palaces – in the hope of receiving an appearance from Henry VIII! They are going to start writing their persuasive adverts next week, and develop some posters to advertise their banquets that are fit for kings.

Stars of the Week: Polina and Martha

Class 4 have made a brilliant start to the half-term. We have started our new history topic which is the Tudors, and the children started to look at the different monarchs that reigned during the period. They created a timeline of events and explained which monarch they felt was the most successful – some even said Queen Mary I (nicknamed Bloody Mary for her violence!)

Class 4 have also started to plan out their Picasso-inspired abstract self-portraits for the hall display. Polina and Martha were great at considering the different patterns they wanted to include and how these could be presented alongside each other.

Next week, we will continue our work on multiplication and division in Maths and we are excited to start our new class text – The Thief, the Fool and the Big Fat King.

Stars of the Week: Shia and Amaris

This week, in English Class 4 have started to write their playscripts about a new scene in Beauty and the Beast. They considered the different stage directions to include, and how these can change the expressions of each character and how they would move around the stage.
All of the children worked incredibly hard and their playscripts are starting to look great!

In R.E., Class 4 looked at the Epiphany story and we looked at how the 3 wise men have been portrayed across the years in various artwork. The children also thought about the symbolism of the gifts given to Jesus and came up with their own gifts that they would give. All of their gifts were so thoughtful that I have decided to create a display with them.

In D.T., Class 4 finished off their Science topic of electricity by making some torches! They had great fun assessing the factors why their torch might not be working, and what they can do to fix it – such as a broken electrical circuit or a temperamental wire.

Stars of the Week: Fintan and Deborah

This week in English, Class 4 have been planning their own play script! They looked at the key features within a play script and started to discuss ideas and plots they could write about, which would continue the story of Beauty and the Beast.

They produced some great ideas and we are looking forward to writing them next week, with the aim of being able to perform them once they are finished!

Stars of the Week: Annamaria and Morraya

This week in DT, Class 4 have been looking at the different designs of pizza boxes. They discussed the effectiveness of bright colours and the impact of just a simple design with a logo. They started to sketch out their own pizza company logos, gave their company a slogan and planned out a pizza box of their own.

Next week, we will be following some instructions on how to make our own pizza boxes! 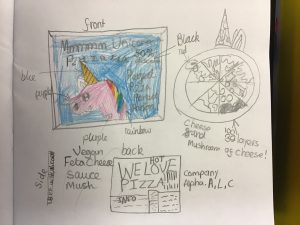 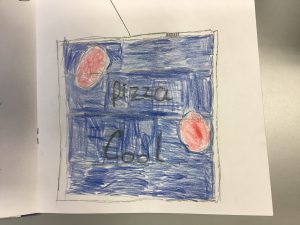