Stars of the Week: Caitlin and Cam’ron T

In English this week, Class 4 we have been continuing with reading Beauty and the Beast. The children explored the different rooms that Beauty entered and came up with their own mystical room. Caitlin and Cam’ron worked very hard to include some powerful adjectives within their descriptions.

Stars of the Week: Cruz and Marcia

In Science we have been looking at how we can introduce switches into our electrical circuits. We discussed how the switch needs to have two conductors (split pins) which can touch together to allow the electricity to flow through. Class 4 worked very hard to create their own switches and it was like magic when their lightbulb turned on! 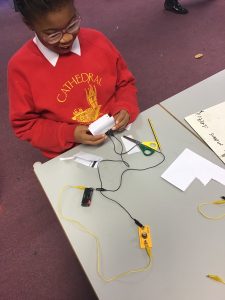 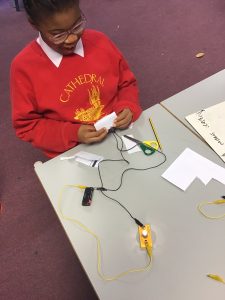 Also this week, we went to the Unicorn theatre to watch Pinocchio! The children were very well behaved and loved the part when one of the actors said that teachers have smelly breath – from drinking too much coffee!!

Stars of the week: Mason and Astrid

This week in in science, we have been looking at insulators and conductors. Class 4 created an investigation where they tested different materials in a complete circuit, to see if they conducted electricity (and the light turned on), or if they insulated the electricity (and the light stayed off). They used lots of different materials such as a coin, a piece of paper, a paper clip, a ruler and a piece of foil. Mason and Astrid have worked extremely hard this week and stayed focused on all the tasks that have been set. 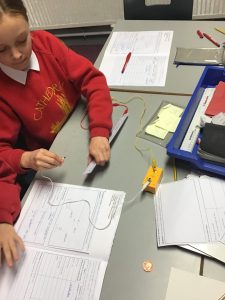 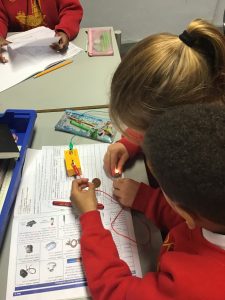 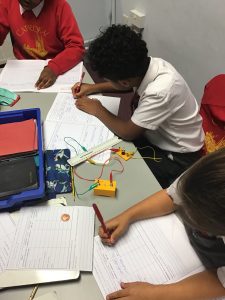 Stars of the Week: Ethan and Tabitha

In English this week, Class 4 have had a dilemma to solve! Should they let Beauty’s father leave to go and find his rescued ship or should he stay with his family? Class 4 planned out two very different arguments and debated the topic in class, using as much persuasive language as possible. 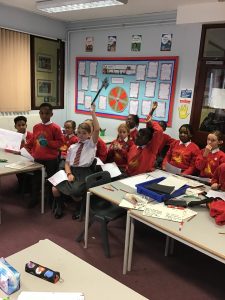 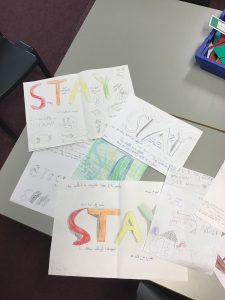 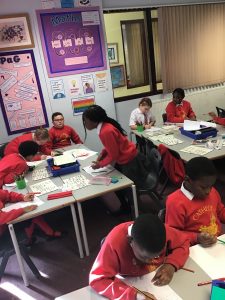 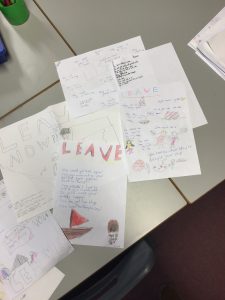 Stars of the week: Rosa and Javon

This week in Class 4, we have started our new class text – the playscript of Beauty and the Beast. We read the first scene as a class and had a go at adding expression to the different characters. We are looking forward to finding out what happens in the next scene!

In Geography this week, we started our topic on European trade links. Rosa and Javon worked extremely hard to find the European countries on a map, and used the atlas to check. Next week, we are going to be learning about what importing and exporting means.

Stars of the week: Scarlett and Jacob

This week in Class 4, we finished off our diary entries about being stuck on a Viking longboat in stormy seas. Jacob and Scarlett worked extremely hard to include lots of emotive vocabulary throughout their diary entries and sagas by describing how scary and terrifying it was.

In Science this week, we have been investigating the effectiveness of different toothpastes when cleaning! Class 4 were given the task of marking their tile piece with marker pen and then using the toothpaste to clean it off. They times the whole experiment and started to notice some patterns. It was interesting to see how the different toothpastes worked and there was a clear winner at the end!

Stars of the Week: Ava and Cam’ron

For Science Day this year, Class 4 were learning all about teeth! ‘Hands On’ Science came in and gave a great session about the different types of teeth we have and their different functions. We then got to make our own set off teeth – by measuring out different ingredients to make a paste and pouring them into moulds. Next week we are going to be looking at how we can care for our teeth, and take part in another investigation!

Stars of the week: Chiugo and Sonny

This week, Class 4 have been looking at the digestive system in Science. First we looked at the different parts that make up this interesting system, and then we investigated the functions of each part. Chiugo and Sonny worked really hard to work out the difference between the functions of the small intestine compared to the large intestine. Next week we are going to be doing an experiment around a part of our digestive system (and learn just how important it is to brush your teeth!)

In History, Class 4 have been learning about ‘Danegeld’. This was the agreement between King Ethelred II of England and the Norwegian King, King Harold Bluetooth to try and keep them away from England. We had a great discussion about the success of the agreement,  as the Vikings kept on invading after a while and they were also getting paid!

Stars of the week: Gabrielle and Jomi

This week in Class 4, we went on an amazing trip to the Microsoft Centre! We had lots of fun completing different activities, such as building a Viking longhouse and creating different Viking villages. The children also learnt how to code an algorithms through Minecraft to help save a character from being trapped! All the children were incredibly well behaved, and the Microsoft staff couldn’t believe that they were year 4’s, they though they were much older!