In 2016, the school won an award for Drama and Performing Arts which recognised all the excellent outcomes and learning in this area. As well as recognising how drama and performance is linked across the curriculum, the End of Year shows, the Cathedral services, the school choir, the performances at the Menier Theatre, the EYFS Nativities, the outstanding Class Assemblies and the Jazz Workshops were all considered when the panel considered us for this award. No other school has won this award before in Southwark and it is a testament to the broad and creative curriculum at this school.

Dance
Dance is an integral part of the curriculum and is timetabled within the school year. Children are encouraged to challenge themselves both physically and creatively. Many children choose to perform dances at the school’s International Evening with takes place every year.

Productions
Most classes take part in at least one production each year. The standard of acting and singing is from the children is excellent and children are coached by specialist Acting and Music specialists.
Pupils are actively encouraged to take part in all aspects of a production from set design, lighting and sound, costume and direction. 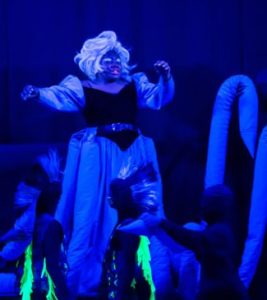 Our close proximity to the Unicorn Theatre means that children regularly see performances there which are often related to topics of study.
In recent years, our Year 6s have also had the opportunity to experience a West End production; in 2016 the children saw Disney’s Aladdin, and in 2015, The Lion King. These visits were invaluable our subsequent productions.
In addition, we are lucky enough to maintain an excellent relationship with the Menier Theatre, with whom we have devised theatrical pieces and performed at an off-West End venue.

Film Making
The school is well-equipped with Ipads and Macs and the older children in school have made their own films around the curriculum, both independently and with the assistance of outside agencies. As well as deepening understanding of the curriculum, the process of making films develops project & time management skills, leadership skills as well deepening creativity and collaboration. Our recent films on Animation, Grimm Fairy Stories and The History of Film have been shown at the BFI.