In Maths this week, we have been focussing on ordering objects according to size, and measuring using non-standard units of measure.

The children enjoyed hanging the socks on the washing line, ordering them according to size… 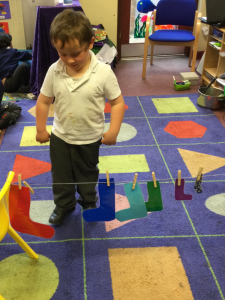 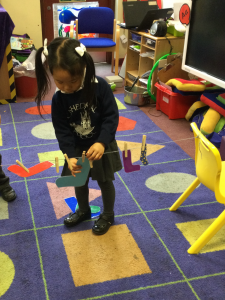 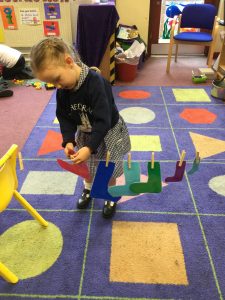 In our outside area, we planted flowers in the sand, and familiarised ourselves with language such as ‘biggest’, ‘smallest’, ‘tallest’ and ‘shortest’. 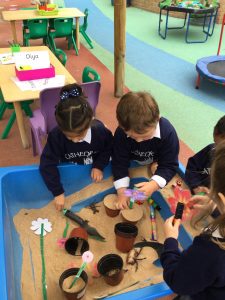 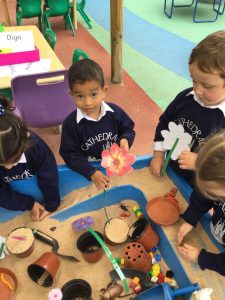 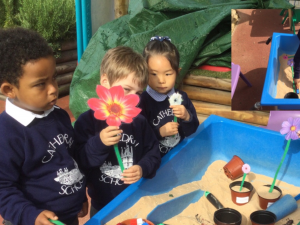 We also started to measure objects from around the classroom using non-standard units of measure such as lego bricks, counters and buttons…

“My water bottle was the longest because it used more bricks!” – Timothy

“The cup is shorter because it only had 3 bricks'” – Sadie

“The pencil was longer than the cup. It measured 10 buttons long!” – Diya

Stars of the Week
Diya and Timothy

Diya and Timothy have enjoyed measuring this week, using different resources from around the classroom such as buttons, duplo bricks and even pencils!
Both children were able to measure objects independently, and talk about the longest and shortest, using appropriate vocabulary.
Well done you two!