The outstanding results achieved by pupils at the end of KS2 in 2013 prompted a letter of congratulations from David Laws MP, Secretary of State for Schools for ensuring that all pupils made the required progress across the Key Stage and described the school as ‘exceptionally effective in educating its pupils’.

In 2013 the percentage of Year 1 pupils achieving the required standard in the phonics screening test was significantly above the national average of 69%. 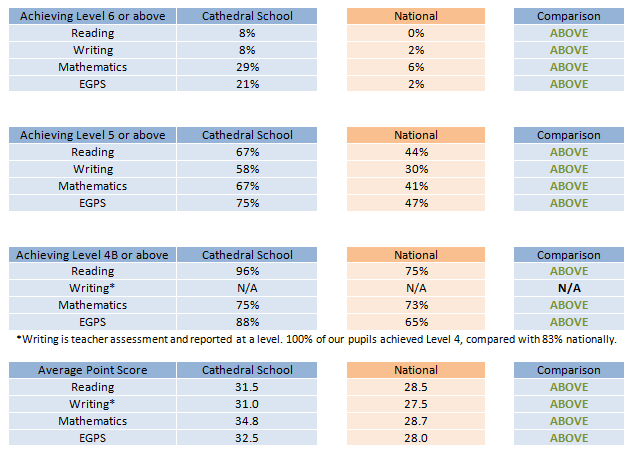