This week, Class 6 reflected on their time at Cathedral School during their Leavers’ Service at Southwark Cathedral. It was a wonderful service and they had thoughtfully written and prepared their memories, thanks and prayers and the readings were read beautifully. It was wonderful to hear their memories and thanks about their time spent at school and we are all extremely proud of how well they have done over the years.

As they transition into secondary school, they can leave Cathedral School feeling confident and ready for the next stage of their education and we wish them all the best. Their recent SATs results were brilliant and they all leave equipped with the skills and knowledge to have the best start to their secondary education.

We love reading at Cathedral School. Please click on the link below to see the results of out reading survey. 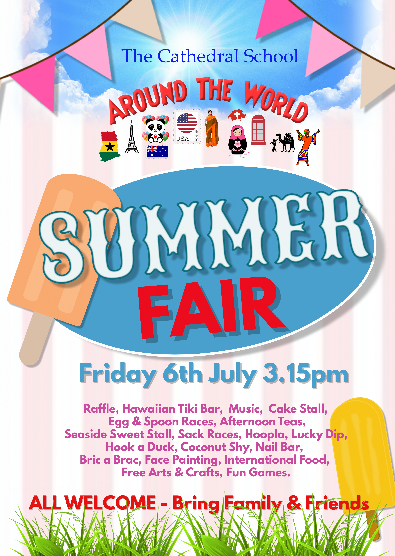 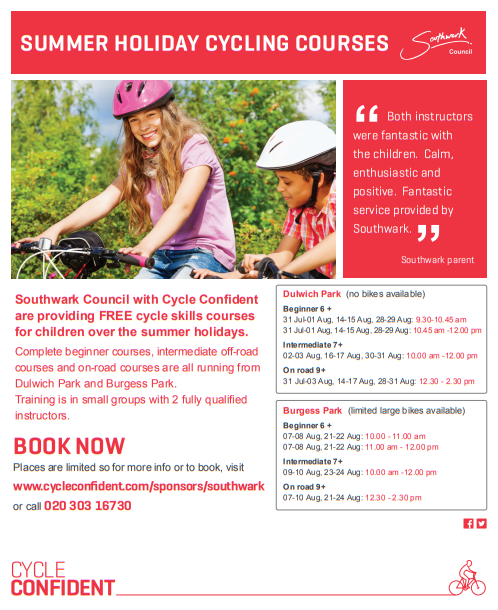 We are currently evaluating and updating our School Development Plan (SDP) and would value your contribution.

If you would like to suggest a priority or focus for 2018 – 2019 please complete the form below:

The School Development Plan (SDP) is written and evaluated by the senior leadership team in consultation with staff, governors, parents and pupils. We review our progress regularly, evaluating against specific success criteria agreed by the governing body. The School Development Plan is updated annually. Questionnaire responses from parents and pupils are also considered when setting priorities.

The main focuses of the SDP are based on a range of factors including:

Recently, Key Stage 1 & 2 were lucky enough to take part in an interactive concert with the Nonesuch Orchestra, conducted by Dan Shilladay. First, the pupils were introduced to the different instruments of the string orchestra. Some children even got some conducting experience, leading the violin, viola, cello and double bass in an improvisation.

We were then treated to several pieces of classical music, two songs for the whole school to sing along with, and a jazzy piece for which our own violinists and cellists joined the orchestra. The children played their parts very well and followed the conductor with care.

Here are some pupil responses to the concert:

“I thought the orchestra was great. The people playing the instruments were really talented.” – Suriya
“I really like the way the orchestra were playing the instruments whilst we were singing, it was amazing.” – Joel
“I really liked the way that some children were able to go to the front and conduct the orchestra.” – James
“It was a fabulous experience working with professionals and I think myself and the others did pretty well and I am grateful that I had this opportunity.” – Tito
“It was really fun conducting the orchestra because we got a chance to do something that other children in other schools might not have the opportunity to do.” – Harriet
“It was nice that the orchestra played for the hymns that we sang.” – Orlando
“I enjoyed seeing my own instrument (cello) being played really nicely.” Catherine
“I really enjoyed listening to it because it was for free, and usually I wouldn’t be able to do this.” – Blubelle
“I really enjoyed listening to different instruments that I play.” – Sasha
“I thought that it was very imaginative because they made different characters come alive.’ – Ava
“It was very enjoyable because we also learnt facts about myths and instruments.’ – Victory

Many thanks to all of the Year 5 parents who attended the Secondary School Transfer meeting yesterday.

Please see presentation below. This includes an extra slide with more information on how the applications are processed.

If you were unable to attend the meeting but would like more information please contact Janice in the school office.

Admissions for secondary school will need to be made online; no paper forms will be available. Applications should be made through the Southwark Admissions website. If you are not a Southwark resident, please apply through your own borough.

The Starting Secondary School in Southwark 2018-19 brochure is a useful resource.

At Cathedral School we understand how important reading is. We would love to hear your views on reading and learn more about what you like to read.  Please follow the link below to complete our survey about reading.

In addition to Collective Worship, children have the opportunity to participate in Reflective Time. This is time set aside for silent personal reflection and takes place in the hall with two classes at a time sharing the space. There are candles, relaxing music, soft mats and the lights are low – providing a calm and peaceful atmosphere to help nurture children’s spiritual development and to promote mindfulness.

The responses from these sessions has been extremely positive, both from the children and the staff. Here are some of the things the children have said:

“I thought about my family and how lucky I am.”
“I said The Lord’s Prayer and thought about the words in it.”
“It was good to take a breath and be quiet with my class.”

We also asked children how we could improve Reflective Time and had some thoughtful responses that we have put into place. For example, soft mats for the floor for comfort and being able to take their shoes off so that they could feel more relaxed. 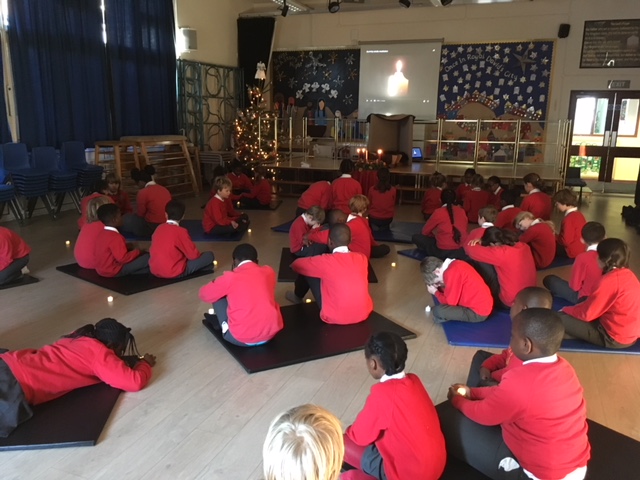 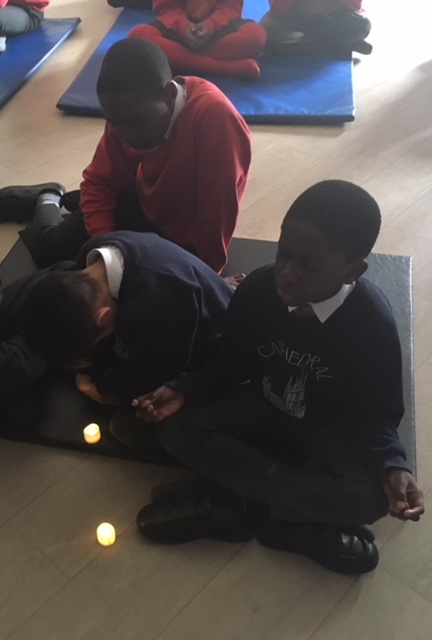