Nine children from Cathedral School were invited to take part in a brief service of light yesterday at Southwark Cathedral. The special service took place in the choir and was attended by the Prince of Wales and Duchess of Cornwall.  The children led the prayers and lit candles.

The Prince and the Duchess were accompanied by the Archbishop of Canterbury, the Most Revd Justin Welby.

We were so proud of the children who took part in the service and represented the school well.

If you were at the service yesterday please could you describe your experience.

Congratulations to the children in Nursery and Reception on a wonderful performance of The First Nativity yesterday. 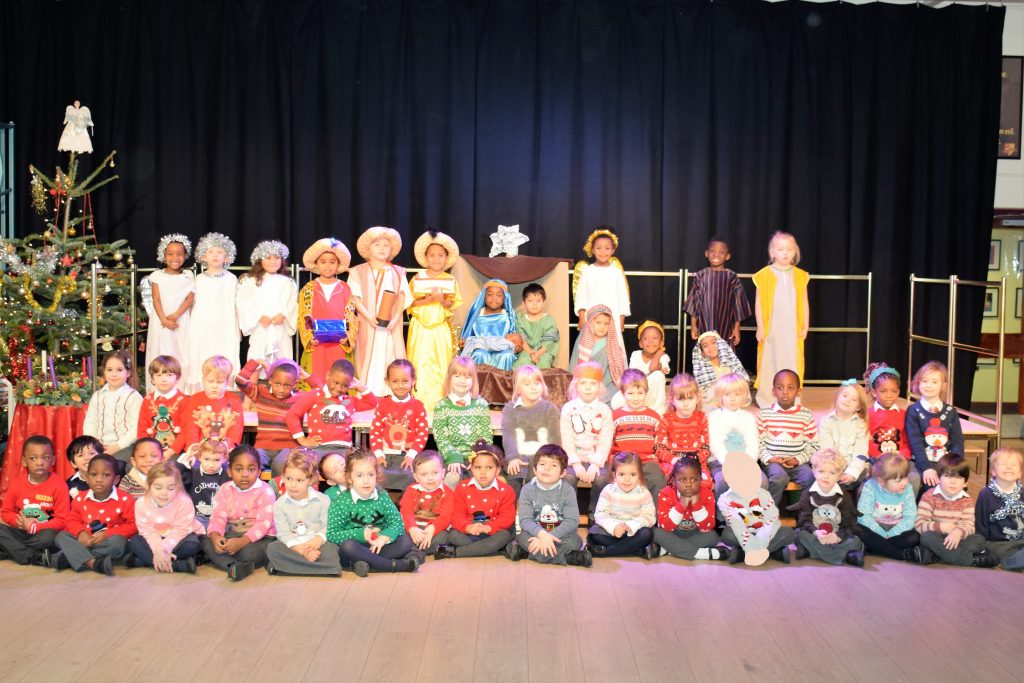 Congratulations to Year 5 who lead our Christmas worship this morning at Southwark Cathedral. Their performance of ‘Holy Joe’ was stunning and really brought the Christmas story to life. They were accompanied by the beautifully singing voices of Years 2, 3, 4 and 6. The congregation were also treated to a performance of ‘Baby Jesus is Born Tonight’ by Nursery, Reception and Year 1.

This Kindness Calendar suggests good deeds to do throughout December to help spread a little more happiness in our community. Why not follow this or create your very own. 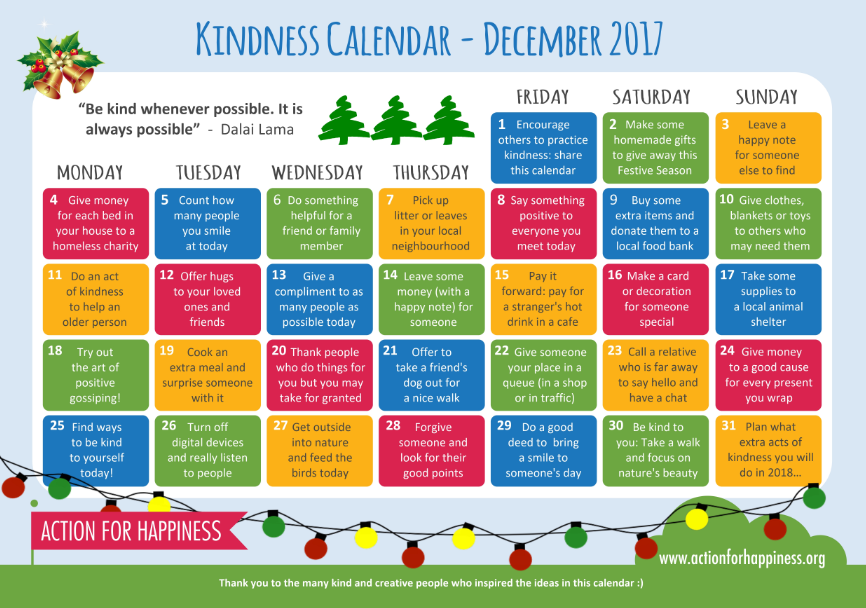 Which acts of kindness will you choose?

This term some of our Rights Champions took part in a sustainable food project, run
by School Food Matters. The aim of the project was to raise awareness of food
poverty in London, and raise money for FareShare, a charity that collects surplus
food from major supermarkets and food companies, and redistributes it to frontline
charities and community groups. These include homeless hostels, children’s
breakfast clubs, lunch clubs for the elderly, domestic violence refuges and
community cafés. For every £1 that FareShare raise, they are able to supply enough
food to produce four meals to vulnerable people and families.
Our Rights Champions took part in different sessions over a number of weeks,
including:

The children thoroughly enjoyed taking part in the project, and it was a wonderful  experience for them.
Well done Rights Champions! 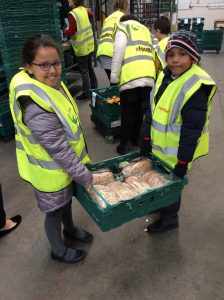 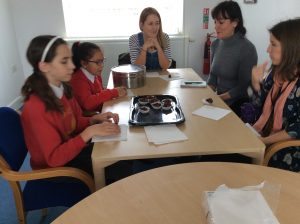 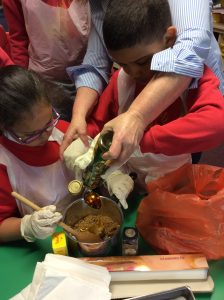 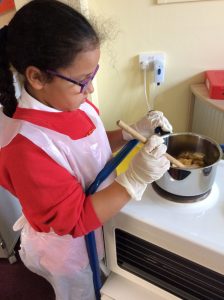 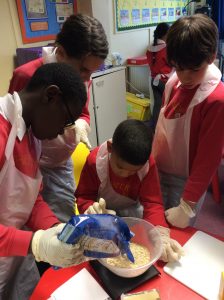 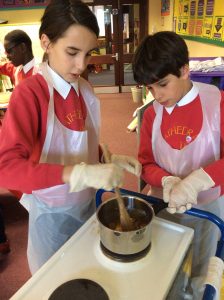 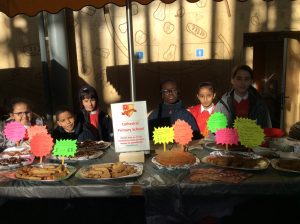 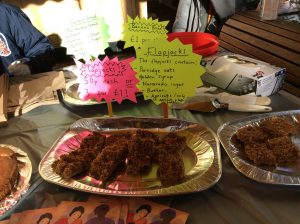 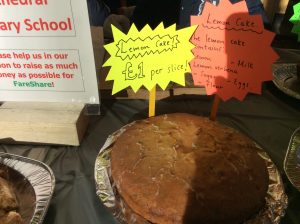 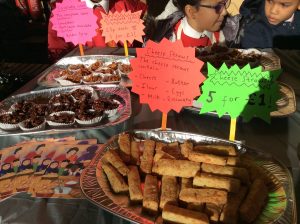 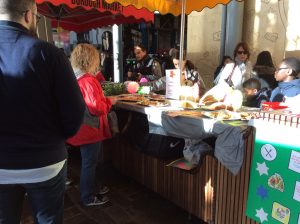 We are currently thinking about our RE (Religious Education) provision by reflecting on how we can build on our strengths and improve any areas for development. We are asking the whole school community for feedback (including children and staff) and we would be so grateful to hear from parents.

Please could you complete the online questionnaire.

It was Road Safety Week this week, and Sara and the Junior Road Safety Officers led assembly reminding children how to stay safe on the roads. They also went out at playtime and led activities with other children in the playground.

Today was Spanish Day at Cathedral School. It was wonderful to see so many of the children dressed up in traditional Spanish costumes and colours! We started the day by singing ‘Hola Amigos’ in our celebration assembly. The children then spent the morning learning Spanish phrases, listening to and translating Spanish stories and counting using Spanish numbers.

At lunchtime, traditional Spanish music was played in the hall while the children and staff enjoyed either Spanish chicken or stew followed by churros!

This afternoon, a range of activities took place from flamenco dancing to creating Spanish holiday brochures to Gaudi inspired mosaics. All around the school it was lovely to hear the children practising their Spanish and see so much excitement about Spanish language and culture. One child was heard saying “It’s been so nice to learn so much that I didn’t know about Spain today!”

Finally, thank you very much to all of our parent readers who came and read a Spanish story to the children. It was such a great opportunity for the children to ask questions about Spanish culture and language and hear a story from a native Spanish speaker.

What did you enjoy most about Spanish Day?

Last week we had DT Week at Cathedral School and the theme was ‘Transport’. Children produced some excellent pieces of work, from sailing boats and cars, to horse and carriages.

All classes carefully designed their vehicles, thinking about how it would move and what materials would be appropriate for them to use and then completed evaluations at the end of DT Week.

Children were so proud of their work and it was lovely to see the high quality displays in the hall during the exhibition. Please look on the class blogs to see more photos of your child’s DT work and the steps they took to make their chosen transport.

Today we are delighted to announce that the school has been awarded the Artsmark Gold. It is a very difficult award to achieve and is a testament to the school’s continued commitment to a creative and broad curriculum.

We thank Mr Morrell for his steerage of the process and all the pupils, staff and governors who have contributed to this commendation.

This is what the award panel had to say:

The panel commended the inclusive and engaging approaches that have been taken to developing arts across the school, providing a focus and opportunity for pupils, teachers, the senior management team, governors and parents to work together.

For future development, the panel looks forward to you developing your leadership and advocacy role in the Arts.

As a Gold Artsmark school Arts Council England celebrates your commitment to arts and cultural education at a leadership level and the opportunities embedded across your provision. Your children and young people have equal opportunity to plan, experience, participate in, and evaluate a diverse range of high-quality arts and cultural activities and you recognise the importance of development opportunities delivered by specialists for your staff in these areas. You engage with a range of arts and cultural organisations and can evidence the positive impact of these partnerships. Your children and young people have an opportunity to further develop their knowledge, skills and understanding of arts and culture and you are working to share the expertise you have established.