Year 5 stars of the week: Teddy and Julia

Last half term, Year 5 visited the Imperial War Museum where we had a great time meeting Bernard and Ron. 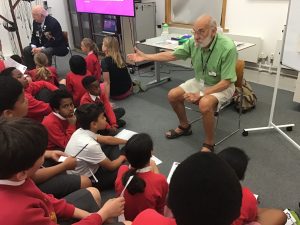 Bernard was born in Dulwich and was evacuated during the Blitz when he was 12 years old. It was fascinating listening to his stories and experiences of what life was like for him during the war. 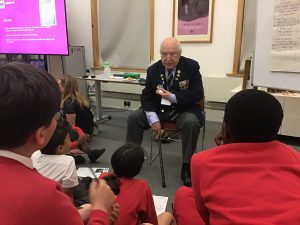 Ron joined HMS Belfast and sailed all the way to Korea to fight in the Korean War. Ron worked as a wireless operator and was very helpful in explaining how Morse code works. He still remembers it now and sometimes even translates adverts into Morse code!

Year 5, comment in the space below and explain what your favourite part of the trip was.